Xavier Jean Manon was a French watercolorist living and working in Toulouse in the early to mid-nineteenth century. An intensely private man, Manon nevertheless achieved popular fame during his lifetime for bizarre, dream-like illustrations, many of which appeared in magazines such as La Silhouette and La Plume. While Manon's art shared some of the visual conceits of his contemporary J. J. Grandville, it lacked the famed caricaturist's aim toward political and social satire and instead presented a more personal, ecstatic vision of the fantastic and uncanny (thus predating the schools of Psychoanalysis and Surrealism*)
¶  For unknown reasons, on 23 August, 1832 Manon set fire to the majority of artworks, both finished and unfinished, still in his possession. He soon after sold the remainder of his property and left Toulouse with no word to his few friends and family. Four weeks later, on 25 September, a badly beaten and delusional Manon was found crawling along a country road on the way to Carcassonne (his birthplace). Taken back to Toulouse, he died two days later while in hospital. Xavier Manon was buried outside of Carcassonne in his family's plot.

* Many artists associated with the Surrealist movement, including Max Ernst and Yves Tanguy, were later champions of Manon's work. 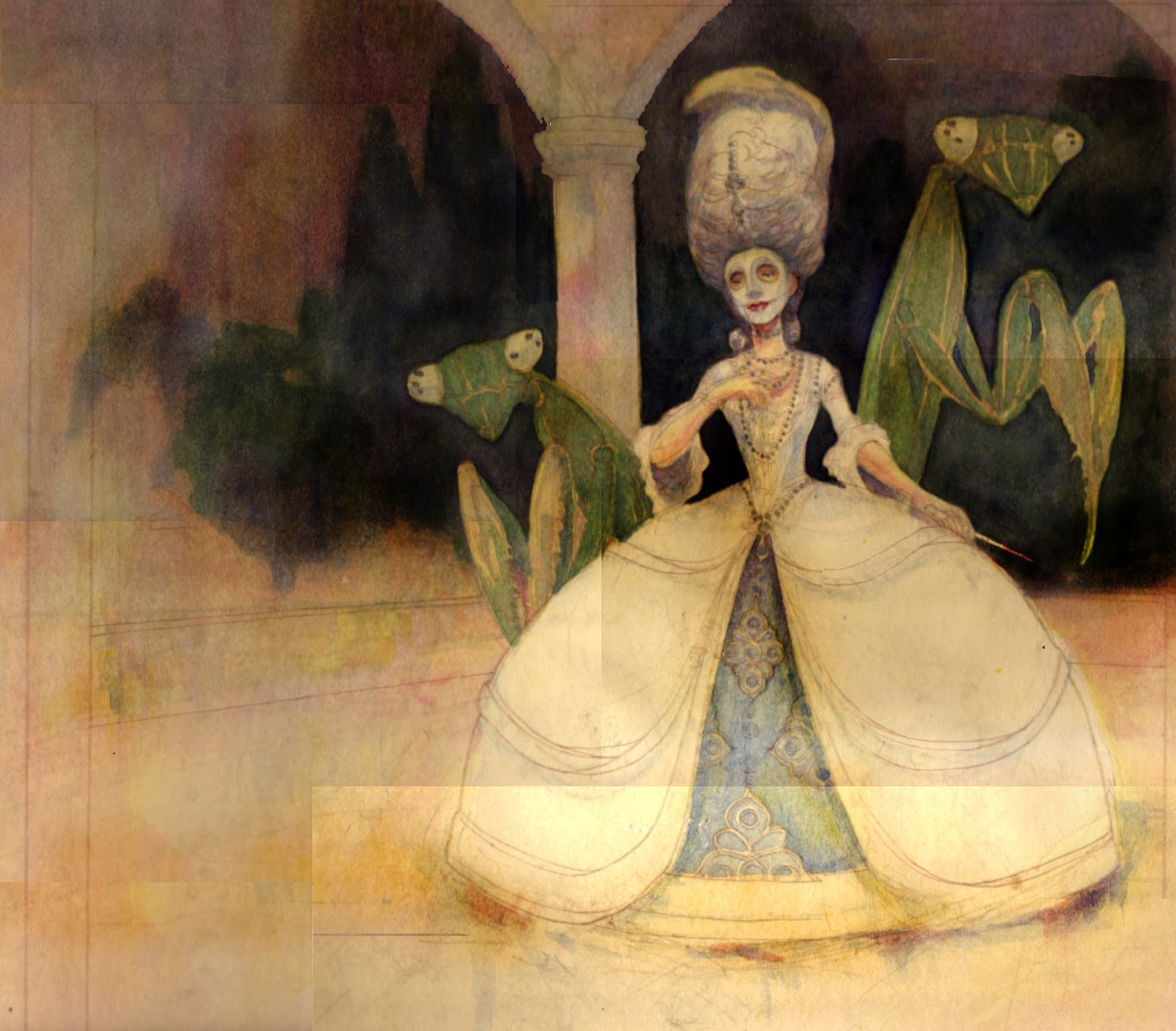 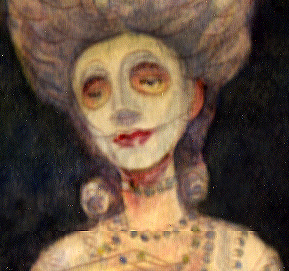 [Above] Xavier Manon, Unfinished study for The Masked Contessa. 1826 (?).
14'' x 12'' Watercolour, graphite, and ink on paper. Currently under conservation. [Left and below] Details showing previous conservation (c. 1856) of the more fugitive crimson pigments used for the lips and knife blade. 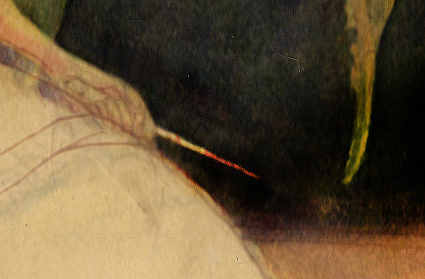 Posted by Simon M. Sullivan at 4:11 PM No comments: